If you’re running ESX/ESXi on either HP or Dell hosts with AMD Opteron 62xx series processors and were affected by the PSOD issue, then you will be happy to know that both vendors have now released BIOS updates to address this. My understanding is that this was actually a problem with the AMD microcode rather than a VMware, HP or Dell issue.

I was affected by this using Dell PowerEdge R815 servers immediately after upgrading the BIOS on my hosts from a mix of version 2.8.2 and version 2.9.0 to version 3.0.4. The workaround up till now was to downgrade the BIOS version on all hosts back to version 2.8.2.

Here are the links the vendor advisories and updates;

Interestingly Dell have only flagged the importance of this upgrade as “Recommended” – not sure about you, but I quite like my hosts to be up and running!

An independent IT contractor with a strong focus on VMware virtualisation and infrastructure operations. I am inspired by technology, not afraid to question the status quo and balance my professional commitments with entertaining my three awesome kids (Ashton, Oliver and Lara). View all posts by Jon Munday 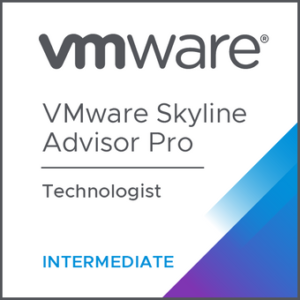 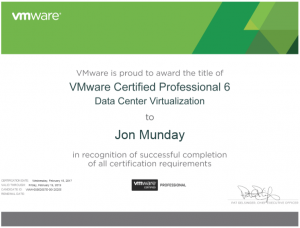 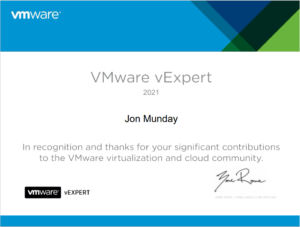 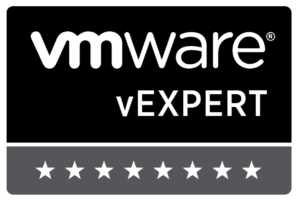 All vExperts get a free one year subscription of expert-led online training;

Membership is FREE, and AWESOME

Big shout out to @UKVMUG for making this trip possible and to @VMware for making #VMworld such a success! pic.twitter.com/EBDs1r488g

23k attendees @VMware #VMWorld2017 … feels like being at a rock concert! #awesomeness pic.twitter.com/5pjkGdTVTh

View my verified achievement from VMware on Acclaim. https://t.co/e2oaTyVvVB

This site is mostly about VMware and aims to share solutions to the real-life problems that we face in providing a reliable and trustworthy infrastructure that we can be proud to be a part of.